Lynn’s story began when he was a young teen.  His father, who was a carpenter, experienced difficulty walking.  His diagnosis of multiple sclerosis came soon afterward. His life and that of his familyThe basic unit in society traditionally consisted of two parents and their children but the family has now been expanded to include any of various social units differing from but regarded as equivalent to the traditional family. More changed dramatically with his diagnosis because at that time no treatments were available for MS.  Lynn remembers his Dad’s health declining quickly and progressing rapidly from a wheelchair to a bed and him dying from MS complications before he turned fifty. Lynn watched as he struggled with depression and the frustration of having others do everything for him.

Determined that the same would not happen to him, Lynn lead a somewhat healthy lifestyle.  He loved to cook and focused on eating fresh foods he prepared himself. He avoided preservatives and kept up with “healthy living through food” trends.  He was slim, physically fit, and rarely got sick. He often worked outside, which exposed him to a lot of Vitamin D known to be useful for restoring the neurological balance of the body.

On the other hand, Lynn was a musician playing in bars and clubs filled with heavy smoking nearly every weekend. He smoked from the age of eleven through fifty and drank alcohol almost every day.  Following in his father’s footsteps as a carpenter, he was exposed to lots of glues, paints, solvents, arsenic, and other harsh chemicals which may have been harmful and contributed to his condition.

When I met Lynn, he was the picture of health and had a positive mental outlook.  He was confident he would never have MS. When Lynn first started having symptoms of MS, he denied that the problem with his foot-dragging could be MS-related.  He said because once he rested, the symptoms went away, it could not be MS.  However, the dragging was a frequent event.

Then, he developed a limp.  His doctor thought it was sciatica due to sitting on his billfold.  He was referred to a chiropractor and a physical therapist and changed how he carried his money, but the limp continued.


New problems began to surface.  Lynn started having trouble passing his urine. Since he was in his 30’s, he rationalized that maybe his prostate was starting to enlarge. His primary care doctor prescribed medication to stop bladder spasms and to reduce the size of his prostate. When his hands stopped moving in unison, the differences in speed was not as easy to explain. True, the difference did not occur all the time, but still, the difference happened often enough that something was wrong.  Still, Lynn refused to consider it might be MS.

Heat intolerance was the next symptom.  Heretofore, he could tolerate heat well.  Working outside was never an issue; he could stay out and fish all day in any hot weather without any problem if he had a cold drink. Suddenly, he could not tolerate any heat.  On relatively warm days, not even scorching day, he felt like he was melting in the heat and could not go on.

TESTING TO CONFIRM DIAGNOSIS
One thing leads to another, and he received his diagnosis of MS in 2006.  The head MRI the neurosurgeon ordered (see “Our story”) showed lesions.  The neurosurgeon sent him to a neurologist who ordered confirmation blood work and a lumbar puncture.  The lumbar puncture was painful.  His lower spine curves and they had a difficult time inserting the lumbar needle.  He was stuck three times, and at least one of the areas leaked spinal fluid afterward. He had the mother-load of a headache for two weeks after that. He would go to work and lie on the floor with such a bad headache he could not raise his head; it hurt so bad. Finally, he went to the emergency department, and he received an IV of caffeine and pain medicine, which helped.


When the multiple sclerosis diagnosis was confirmed, he was referred to an MS specialist who helped him enroll in a research study.  Unfortunately, the drugs didn’t keep the condition from progressing. There are four types of MS.  He has the most progressive type. His condition progressed steadily from limping to using a walker to needing a wheelchair and now requiring a powerchair.  He no longer can use either of his legs.  Though he can move them slightly, he can voluntarily position them or use them for weight-bearing. His right hand has movement but no useful function currently.  His left arm has most of his remaining ability. He can still write on occasion and use that hand to move some objection with significant effort.

Due to bladder spasms related to a neurogenic bladder, he requires intermittent catheterizations to void.  His weakened abdominal muscles also necessitate the use of a bowel regimen to help with a bowel elimination program.  Due to frequent hospitalizations, chest and diaphragm muscles are weak compromising his ability to clear lung secretions.  Unfortunately, an increase in hospitalizations due to pneumonia resulted due to difficulty in clearing lung secretions effectively. Efforts to improve lung capacity are underway with Lynn choosing to practice songs from choir and radio improve his breathing rhythm.

In the meantime, he has also developed hypothyroidism, vascular dermatitis, and high blood pressure.  His mitral value had to have a clip placed two years ago.  He fell from a lift we were using in 2018 and had a severe head injury with three brain bleeds (all resolved now) and other fun and games I’ve just chosen to forget. We’ve learned that one autoimmune disease often leads to another.

A YEAR OF CHANGE

The year we found out Lynn had MS was one full of challenges.  First Lynn heard he had MS on our way back from an anniversary trip to the beach.  A few days later, a hurricane came by, causing us to lose power for several days. After getting the power back, we discovered that a tornado had sent a tree through the windows of our car.  When I called Lynn to tell him the car was totaled, he told me he was waiting to hear if he had a job anymore.  Later that day, he got the word that the entire department was outsourced.  He had about eight months before they closed the shop to find a new job. He left there and started a drafting business out of our home that lasted only a few months. Unfortunately, the economy tanked, and the orders for business dried up quickly.

A few years after we were married, we bought land and Lynn drafted plans for a new house.  He wanted to build one for us instead of living in the house that my first husband and I bought.   After finishing the basement; however; Lynn was too weak to continue to work alone.  Whenever he went to the land, I went with him to mix the mortar.  I guess you could say mixing mortar was my first caregiver role for him.

FINDING A NEW CAREER
Around that time Lynn stopped driving because his spasticity became too extreme for him to apply brakes; plus, he had to stop playing drums because he could not hold the sticks.  He had so much talent, but there was so little he could still do.

His son came up with an idea for him to try writing.  He could type, not fast, but he could use one hand.  He decided to give it a try, and he enjoyed it. He got the idea for a book, and in four months, he had written a novel.  I helped edit it, and he submitted it for publication.  They took it!  His first novel was published and released in April 2009.  Rising Tide.

Now in 2019, he has released three books in the Rising Tide series (Rising Tide, Eden’s Wake, and Deadly Reign) A fourth book, Terminal Core, is an independent sci/fi/fantasy story. His fifth book, Dalon Con, is currently being edited for release soon. It too is a stand-alone novel.

From the challenges of MS, Lynn chose to make lemonade out of lemons. He says he feels God’s blessing in his life every day and knows that God still has much for him to do.  He now uses his creativity to spread the news of God’s love through the stories in his novels.  Look closely as you read his works. You’ll see the thread of good triumphing over evil through the power of the Mighty One. 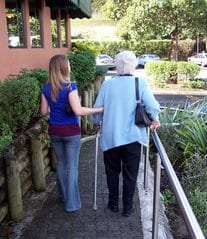