It’s been the talk for days. “Have you heard? We might get a foot of snow.” The prediction was for it to start before sunrise on Friday, then changed to 10 a.m., and then to 1 p.m. Two days before the snow was predicted, lines at the grocery store were wrapped around and down aisles. All were preparing for the great storm to come.
For those of you who live in the north, a foot of snow is, “Much to do about nothing,” I’m sure, but for those of us in Central/Eastern Virginia, we rarely get deep snows so for us it’s truly a big event. There’s a mixture of excitement but then also dread for the days after. Our road and power crews do an awesome job and truly do their best to keep everything moving but since snow storms happen so rarely, they only have so much available to them. With this storm in particular, it was predicted to hit all of Virginia so pulling from one area to another is not really a possibility. Therefore, I had to plan for whatever might happen knowing we would be on our own for a while out here in rural Virginia.
Continue reading at https://multiplesclerosis.net/caregiver/its-snowing/ 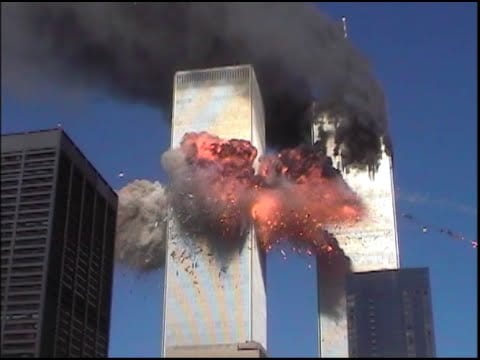 Who doesn’t remember where they were and what they were doing on Sept. 11, 2001? I’m sure every one of adult years who still has the capability to remember the past can tell you a story about how that day affected their lives forever.

1.  So much has changed – both in America and in our home.  Ten years ago, all three children were still dependent on us.  Now they are on their own and come help us out.  Lynn was working full-time and MS was yet to invade our lives.

However, like a terrorist cell planning, waiting, and taking action, MS was already there doing its damage.  Where in 2001 Lynn was so active he hardly had time to rest; now, any significant activity means he needs a lot of rest.  Where Lynn could fight off a cold, heal quickly from an injury, and go to work in excessive heat or cold; now, any of those things kicks his butt and puts him in a tenuous position requiring all his resources to overcome them.  However, just like America learned to adapt, so did we.

2.  What happens to the infirmed in an emergency? Watching all those people running as the towers fell…thinking about all the others who walked down flight after flight of steps, I wonder, how many were left behind who couldn’t get away on their own steam?  How many used wheelchairs or walkers or rollators or just didn’t have the stamina necessary to evacuate?  They were doomed from the first spark.  Though some may have tried to help and may have sacrificed their own lives to help, the reality is that if you are impaired physically or mentally, for that matter, your hopes of survival in an emergency of mass proportions is significantly less.   I think about that whenever I leave Lynn alone at home to go to the store or run an errand.  I never leave him more than an hour and rarely go more than a few miles away, but I always make sure he’s in his chair before I go. If he were in bed, he could not get himself up and whatever was happening would occur without his being able to get out.  He has an alarm he wears to call for help but realistically, we live in a county with a volunteer rescue or fire department… he would die before a fire truck could get here.
3.  We are truly blessed.  So many watched those towers collapse either on TV or from a few blocks away.  They had loved ones, friends, others they cared about in those buildings and though they hoped, most feared that their loved ones were gone.   They watched the crush of tons of rubble fall on those left behind, saw the flames that caused those filled with hopelessness to jump and they wondered, “was that my spouse/child/ parent/sibling/friend?”  We have MS but we have life and we have hope.  And as long as we have life, we can still love and be loved and have plans and have hope for cures and better tomorrows.   That’s more than can be said for anyone in the planes, those left inside the towers or who were around them when they fell, and those in that section of the Pentagon that also went down.
4.  Through adversity we are stronger.
I hope that’s true for America.  I know that’s true for use.