Skip to content
https:// Home ». Adapting to a disability

Adapting to a disability 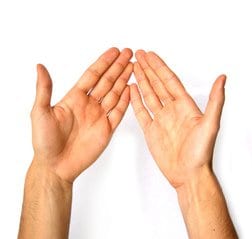 Someone asked me recently if I had ever written about how we adapted to Lynn’s loss of function in his hands. I haven’t, but it’s a topic that might be helpful to some, so here goes.

Lynn’s loss of the use of his hands gradually progressed over time. I’m guessing the decline occurred over maybe 3-4 years with generalized weakness initially and now no strength to speak on either side.

He has almost no function in his left hand/arm and minimal in his right hand/arm. I think he started noticing a decrease in responsiveness about the time of his 2006 diagnosis. I say that because I came in one day to see him comparing the speed at which his fingers would move between the two hands.

It was that sight that made me realize that his weakness was not just in his legs. I demanded that he see a doctor because no longer could he insist it was just his sciatic nerve. As I told him, sciatic nerves do NOT affect the shoulder, arm, or hand movement, so it was more likely to be a problem in his brain or upper spinal cord. He agreed, and so came his first MRI and the diagnosis of MS.