What are the Symptoms

Symptoms of schizophrenia usually start between ages 16 and 30 but on rare occasions may be seen in children. The symptoms fall into three categories: positive, negative, and cognitive.

“Positive” symptoms are psychotic behaviors not generally seen in healthy people. People with positive symptoms may “lose touch” with some aspects of reality. Symptoms include:

“Negative” symptoms are associated with disruptions to normal emotions and behaviors. Symptoms include:

For some patients, the cognitive symptoms of schizophrenia are subtle, but for others, they are more severe. The person may notice changes in their memory or other aspects of thinking. Symptoms include:

Schizophrenia is a chronic and severe mental health disorder that affects how a person thinks, feels, and behaves. Although not as common as other mental disorders, the symptoms can be very disabling. People with schizophrenia may seem like they have lost touch with reality.  For caregivers, their behavior is challenging because they may see things not there and hear things not said but for them those actions are absolutely real. 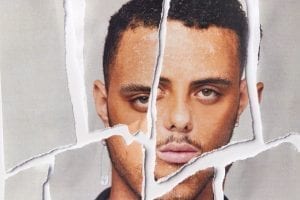 What are the Recommended Treatments Options

Because the causes of schizophrenia are still unknown, treatments focus on eliminating the symptoms of the disease.

Antipsychotic medications are taken daily in pill or liquid form. Some antipsychotics are injections given once or twice a month.

Psychotherapy treatments are helpful after patients, and their doctor finds a medication that works. Learning and using coping skills to address the everyday challenges of schizophrenia helps people to pursue their life goals, such as attending school or work. Individuals who participate in regular psychosocial treatment are less likely to have relapsed or be hospitalized.

Coordinated specialty care (CSC) treatment model integrates medication, psychosocial therapies, case management, familyThe basic unit in society traditionally consisted of two parents and their children but the family has now been expanded to include any of various social units differing from but regarded as equivalent to the traditional family…. More involvement, and supported education and employment services, all aimed at reducing symptoms and improving quality of life.

Scientists have long known that schizophrenia sometimes runs in families; however, many people who have the condition have no prior family history.

Scientists believe that many different genes may increase the risk of schizophrenia, but that no single gene causes the disorder by itself.

Scientists believe that interactions between genes and the individual’s environment interact to trigger the development of the condition. Environmental factors may involve:

Scientists think that an imbalance in the complex, chemical reactions of the brain involving the neurotransmitters, dopamine, and glutamate, and possibly others, plays a role in schizophrenia.

Some experts also think problems during brain development before birth may lead to faulty connections. The brain also undergoes significant changes during puberty, and these changes could trigger psychotic symptoms in people who are vulnerable due to genetics or brain differences.