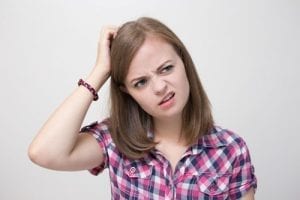 If I Pay for Insurance, Why Do I Still Have Medical Bills

I think that all caregivers hate to deal with insurance and medical bills, whether they have private insurance, Medicare (Social Security’s insurance), MedicaidMedicaid is a federally aided state-operated program that provides medical benefits for low incomes people who meet specified eligibility criteria. Individual states determine the benefits covered, program eligibility, rates of payment for providers, and methods of administering the program…. More, or military coverage.  All insurance coverage is full of rules and restrictions, making it difficult for those unfamiliar with the language to understand their coverage limits and what they must do to comply. Furthermore, many of them reimburse payments slowly and require hours of extra paperwork for exception requests.

Be Prepared for Denial

Why is it so difficult to receive the benefits we need? I wish I knew the answer to that one. I know that usually, if you submit requests for something different (i.e., something not listed in the benefit book), be prepared to get a denial. It’s “common knowledge” that the first pass by a MedicareMedicare is a federally funded health insurance program for • people aged 65 and over, • persons eligible for social security disability payments, and • people who need kidney transplants or dialysis. It consists of two separate programs: hospital and outpatient medical insurance…. More agent or Insurance adjuster is to find a way to say “No.”

When it comes to paying for medical care, the options available include:

All of the above options are heavily regulated and require their members to follow their rules closely or claims.

If you were previously approved for disabilityA disability is a physical, mental, cognitive, or developmental condition that impairs, interferes with or limits a person’s ability to engage in certain tasks or actions or participate in typical daily activities and interactions… More benefits under Social Security, you may already be enrolled in Medicare when you reach age 65.  If that is not the case, then you need to enroll during the seven-month window surrounding your 65th birthday to avoid a late enrollment penalty. If you don’t enroll during the initial open-enrollment period, you must wait until the annual open enrollment to make changes. The only exception to this rule is when you have a significant life event such as a marriage, death, divorce, or job loss.

Who Qualifies for Social Security Benefits?

To qualify, you must meet the earnings test based on your age and how many months you contributed earnings to social security over the years. Go to the Social Security website  https://www.ssa.gov/planners/disability/qualify.html    to find out when you can apply. It will be somewhere between two years and ten.

If you qualify under earning, apply online with social security: www.socialsecurity.gov  It takes three-five months for them to process the application. Warning! Your application won’t get processed unless you send them EVERYTHING requested on the form. https://www.ssa.gov/pubs/EN-05-10029.pdf Get a copy of this form and complete everything it tells you that you need to do. Otherwise, you get an automatic denial letter.

Are You Disabled “Enough” to Qualify?

You hear a lot of comments about how easy it is to get on disability, but I didn’t find that to be the case. You must answer the following questions to their satisfaction, or they will deny your request for approval.

Social Security notifies you of the good news; they approved you for benefits. The letter explains you are to receive a monthly benefit based on lifetime average earnings of [amount] effective [date].  You read further and discover your first check should arrive in six months from the Social Security Approval effective date. That’s right; it takes six full months to cut that first check. If your approval occurred on June 15, begin counting six-months on July 1, not June 15. Your first check, therefore, comes on January 1.

If you receive Social Security Disability and you’re under the age of 65, you receive automatic approval for Medicare. However, you must wait two years before coverage begins.  You do not need to enroll at the end of the two-year waiting period. Social Security automatically sends you the card; however, you want to opt-out of Part B or D due to having other coverage to avoid paying premiums.

To determine if your earnings are eligible for Social Security Disability Benefits https://www.ssa.gov/planners/disability/qualify.html

To obtain a copy of the publication on how to apply for benefits https://www.ssa.gov/pubs/EN-05-10029.pdf

I submitted my husband’s application for disability once he could no longer use his hands. His previous job was a supervisor of a fabrication shop and carpenter. He could not walk, lift, or use his arms or hands for intricate work, tolerate extremes in temperature, drive a car, or work a full day, due to primary progressive multiple sclerosis.

After losing his job through a layoff, he started his own drafting company.  However, as his condition progressed, it became difficult for him to control the mouse or hit the correct keys. It was my opinion at that point that he was unable to perform his job or any similar job for which his training and experience might qualify him. Therefore, he should meet the definition of disabled under Medicare regulations.

However, Medicare denied his application on the basis that he could perform other similar work.

I set out to prove them wrong. After looking up his job group, I wrote down the job duties associated with his work category. By looking at the work duties, I was able to address all the “similar functions in relation to his limitations.  I planned to use that information with his appeal.

To help his doctor know specifically what information Medicare needed for the appeal, I drafted a sample letter for him to follow if he wished.  The letter addressed his limitationRestraint; confined within limits: restricted; something that bounds, restrains, or confines…. More as related to the job performance requirements. His doctor appreciated my efforts to make his work easier and used most of what I provided to him.  He mailed in the document with all the appeal data complied.

To our dismay, once again Lynn’s appeal was denied. We were given a few days to appeal the denial, which I promptly did.  I looked up the code for the denial and attached the rationale for the denial with evidence showing how they were wrong in their assumptions.  This time they granted us a hearing.

The day of the hearing, the minute we “rolled” into the courtroom, I knew the judge would rule in our favor. The judge watched me settle Lynn at our table and started to write.  Before I sat down, he began asking questions about how long he had been in the wheelchair and when he stopped being able to drive. It became apparent that the only question let in his mind centered around determining an effective date related to when he became disabled.

Enrollment is Once/Yr Except for Special Life Events

Enrollment is once a year unless you have a significant life event that occurs, and then you have thirty days from that event to enroll.

When enrolling, you have choices to make.  You should go to the Medicare website for additional information on Parts B and D to help you make those choices. I’ve included a summary of the choice options. Once you become approved for Medicare, you receive a book that explains your coverage.

Part A covers hospitalization and is premium-free if you worked enough years to qualify for social security benefits. If you didn’t, you might still be able to buy Part A coverage. Hospitalization covers the following:

If you don’t sign-up for Part B during the open enrollment period when you become eligible, there is a late penalty you must pay. Some exceptions apply, such as being covered by a spouse’s employer’s insurance. Part B covers medically necessary doctor’s services, outpatient care, home health services, durable medical equipment, and other medical services, including many preventive services.

Part D – Medicare offers Prescription Drug Coverage to everyone with coverage through Medicare-approved private companies. There is a monthly premium for prescription drug coverage that is an additional cost to the premium associated with Part B and Part C if required.

Medicare Does Not Cover The Following

Medicare Does Not Cover the Following

An Example of How Medicare Works for Long Term Conditions

Medicare covers hospitalizations as long as the victim is making progress toward recovery.  Once progress stops occurring, custodial care applies, and Medicare coverage ceases. At that point, the patient becomes a self-pay patient unless they have other medical coverage.

Most people do not realize the potential gap Medicare leaves in coverage until they have a significant illness or accident. Unfortunately, it’s a considerable coinsurance, and if you do not have gap coverage, you will undoubtedly feel the hit to your income. Therefore, when you sign up for Medicare, also look for a Medigap (Medicare Supplement) insurance too.

If you get Medicare and Medicaid confused, you’re not alone. A lot of people do.

Medicare is a federal program funded by tax dollars that provides health coverage if you are 65+ or under 65 and disabled or a dialysis patient, no matter your income provided you paid into Social Security as an employee paying Medicare payroll tax.  Patients pay part of costs through deductibles for hospital and other costs. Small monthly premiums are required for non-hospital coverage. http://www.medicare.gov/

Medicaid, on the other hand, receives federal aid, but is a State controlled program that provides health insurance to low income individuals of any age.  Each State operates Medicaid programs based on their guidelines and regulations; therefore, qualifications vary per State. Most States establish requirements based on applicant income and State resources. https://www.healthcare.gov/medicaid-chip/eligibility/    http://www.medicaid.gov/